I didn't get a great amount of reading in this month, but I'm accepting of this. Some months are just like that. 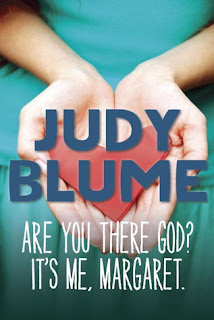 The first book I read was the Judy Blume classic Are You There, God? It's Me, Margaret. Somehow, I neglected to read this book whilst I was part of its target Aug audience, but my niece was reading it, so I picked it up.

I hated it. I don't understand why it's considered quintessential pre-teen literature, and I quickly gave my niece a more substantial read. I didn't like the overall moral tone of the book. I felt that religion was treated flippantly, with those who subscribed to a belief system painted absurdly as far as their religion was concerned.

Additionally, I felt that the sexuality of the book was done inappropriately. I want my children to learn about the body and sex and every other difficult topic from me, not from a book that promotes sneaking around parents, trying to steal Playboys. Moreover, the emphasis on the importance of physical development was overblown. Blume had her characters feeling competitive and insecure over their bodies but never fully got a positive message about being comfortable in your own skin across.

Lastly, I disliked the passive rivalry between all of the girls. Hating on other women and constantly comparing them is exactly opposite the attitude I want my daughters to have. Once again, Blume didn't go far enough in combating the actions of her characters with a positive message. 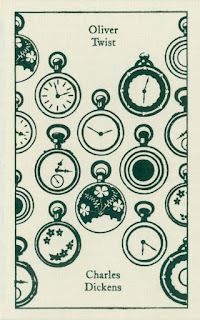 I followed that up with Brandon Sanderson's The Rithmatist, which I read in conjunction with the #YearOfCosmere read-a-thon. I have a full review up that you can view if you do desire, but I enjoyed it quite a lot.

Finally, I listened to Oliver Twist, my first Charles Dickens novel. I absolutely adored it, finding a special appreciation for Dickens' tongue in cheek social commentary. The audio book I chose was narrated by Simon Vance,and he did a terrific job of bringing the story to life.

I meant to read The Blind Assassin, by Margaret Atwood, and I did start it, but it's going as slow as time when you're waiting for a specific hour to come. I'm going to continue on through the month of July, though, because I typically like Atwood and don't want to give up on possible treasure.

I will also continue Through Gates of Splendor, which is also a slow read. Hopefully, I will finish it this month because it's taken far too long already.

I don't know what else I may read in July. I have been feeling unmotivated lately, so perhaps I'll pick up something easy and fun. If you have any recommendations, please share them.


That is my June wrap-up. What was your favorite book last month, and what do you plan to read this month?

Earlier this month, I wrote about my fifteen favorite bookish feelings, so please check that out if it sounds interesting to you.