August saw a LOT of reading activity from me.  I read 51 books in August!  Woot woot!  Reading party!

To be fair, however, 44 of those were volumes of manga, which are easy to get through quickly.  I had a manga marathon this month, and I loved it.

I also did 2 read-a-thons this month, #AYearAThon and Bout of Books.  I love being able to set aside weeks at a time to devote to reading.  Even though it seems like those are often my busiest weeks, I feel so encouraged by everyone else reading that I end up staying up until the sun comes up with my nose in a book.

I started out my month with the middlegrade themed #AYearAThon.  I finished three books during that week: A Monster Calls by Patrick Ness, The Reptile Room by Lemony Snicket, Coraline: A Graphic Novel by Neil Gaiman with art by P. Craig Russell, Sabriel by Garth Nix, Boy by Roald Dahl, A Child Called It by Dave Pelzer and The Giver by Lois Lowry.  I've actually done a wrap-up post on those books, so you can check that out if you want to see my thoughts on them.

In between the two read-a-thons, I read Tsubasa: Reservoir Chronicles, vol. 4-9, by CLAMP.

Going into Bout of Books, I decided my first order of business was to finish that manga series.  So, on Monday and Tuesday, I read Tsubasa: Reservoir Chronicles, vol. 10-28. I wrote a review on the entire series, so be sure to check that out if you're interested in this manga.

After that, I started and completed the manhwa My Boyfriend is a Vampire, by Han Yu-Rang, reading all 14 volumes.  It was light and fun.  Definitely not something deep or thoughtful, but more like a snack.  I gave it 2.5 stars.

That was all I was able to finish during Bout of Books because I actually went away for a church conference toward the end of it. 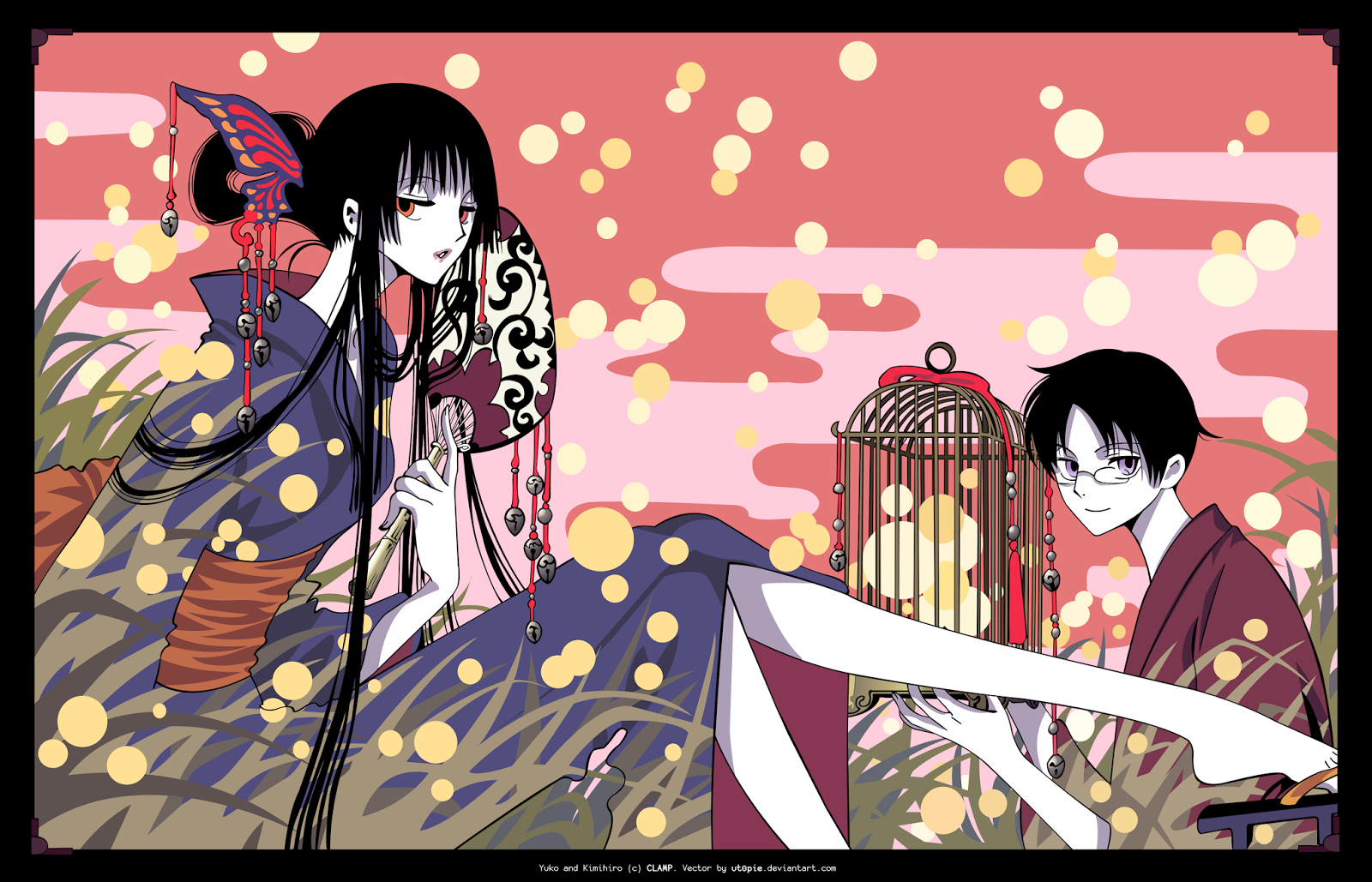 On the way back to Guam, however, I read the entire xxxHolic series, by CLAMP.  This is a manga series that ties in to Tsubasa: Reservoir Chronicles, and reading both of them actually gives the whole story.  I really enjoyed this manga, not only because it's so closely related to Tsubasa, but also as a stand-alone.  The main character, Watanuki, is wonderfully written.  He starts out being foolish, but as the story progresses and he meets new people and forms solid relationships, he grows up and changes.

The only squabble I have with this manga is the ending.  I felt like his most important relationship didn't get the ending or prominence that it should have, even though it had been built up throughout the entire series.

So, that's all I read for the month of August.  A whole lot of manga.  Sometimes I just need to take a break from mentally heavy reads and read something easier.

What did you read this month?  Can you give me any manga recommendations because I'd love to discover new series?  Leave some in the comments below!