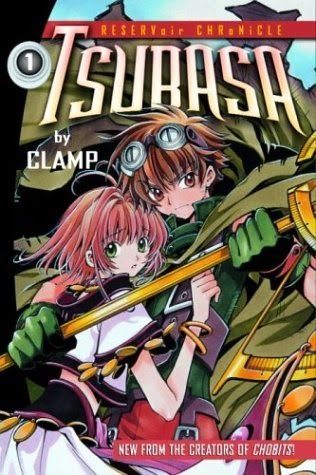 
Sakura and Syaoran return! But they're not the people you know. Sakura is the princess of Clow--and possessor of a mysterious, misunderstood power that promises to change the world. Syaoran is her childhood friend and leader of the archaeological dig that took his father's life. They reside in an alternate reality...where whatever you least expect can happen--and does. When Sakura ventures to the dig site to declare her love for Syaoran, a puzzling symbol is uncovered--which triggers a remarkable quest. Now Syaoran embarks upon a desperate journey through other worlds--all in the name of saving Sakura.


What what?  This is my first manga review!

Over the last few years, I have been exploring and enjoying manga (Japanese comics) and manhwa (Korean comics).  I think that the storylines are really unique and creative compared to Western comics, and I enjoy the different characterizations.  I am not saying that Asian comics are better, but they are a lot different than what you would see in the States.

One of my favorite team of manga writers/artists is C.L.A.M.P., a group of four woman who have put out some really amazing series, from Cardcaptor Sakura to RG Veda to Tokyo Babylon.  They have created some of my favorite characters and plots.

I spent the last two weeks marathoning Tsubasa: Reservoir Chronicles, a manga series that features a lot of worlds and characters from their previous works.  There are 28 volumes in the series, which they wrote over a six year period.  This is a shonen manga, meaning that it's target audience is teenage boys and contains a lot of action. 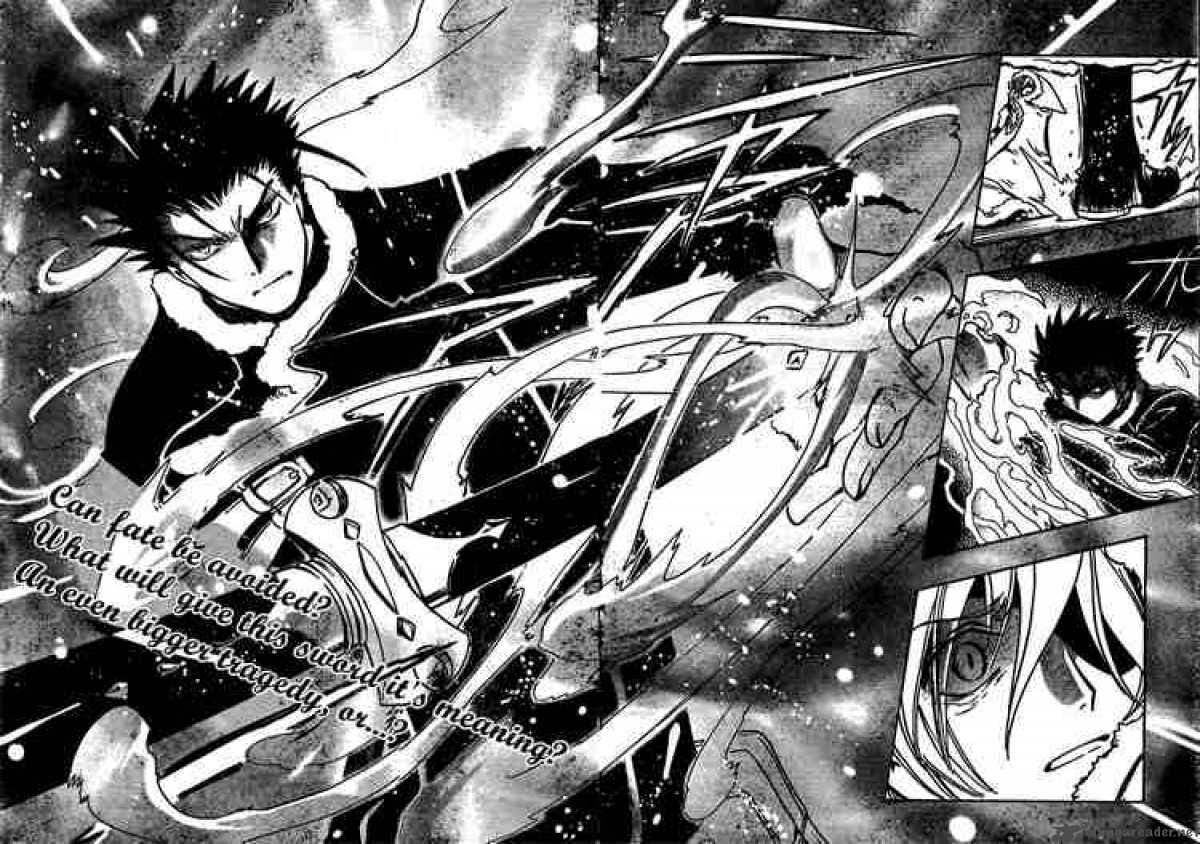 If you are looking for a super cute, lovey, simple manga (maybe with a love triangle), this is NOT that manga.  However, if you are looking for something that will make you think, includes love but isn't only about love, has complicated and diverse characters, and contains a lot of fighting, you will like this.

Let me just say, I LOVED this series.  I originally started it because Sakura and Syaoran from Cardcaptor Sakura are two of my favorite characters of all time.  I went into it thinking they were the same characters, but they actually aren't.

Let's do a quick plot synopsis:

In a country called Clow there is a princess named Sakura who lives with her brother, Toya, who is the king.  Her childhood friend, Syaoran, is an archeologist who is studying the country's ancient ruins.  Despite their class difference, the two of them have fallen in love but have yet to confess to each other.

One night, Syaoran finds Sakura in a trance-like state within the ruins.  As he watches, wings unfold from her back, and she begins to disappear.  He grabs onto her to save her, but when he does, the wings shatter into individual feathers and fly out of the ruins.  The country's priest, Yukito, sends Syaoran and the unconscious Sakura to a woman called the Dimensional Witch, also named Yuko, who lives in another dimension.

Yuko informs Syaoran that the feathers that Sakura lost were the individual memories that make up her soul, and without them she will die.  When they flew away, the disappeared into different dimensions.  Syaoran asks her for the ability to travel to the different worlds to gather all of Sakura's memories.

Shortly after he arrives, two other travelers land, each from different worlds.  Kurogane is a ninja from a world called Japan who was sent away by his princess in order to learn what true strength is.  He wishes to go back to the dimension he came from.  Fai is a magician from a land called Celes who has run away from his king, whom he has trapped in a deep sleep.  His desire is to travel to every world except for where he came from. 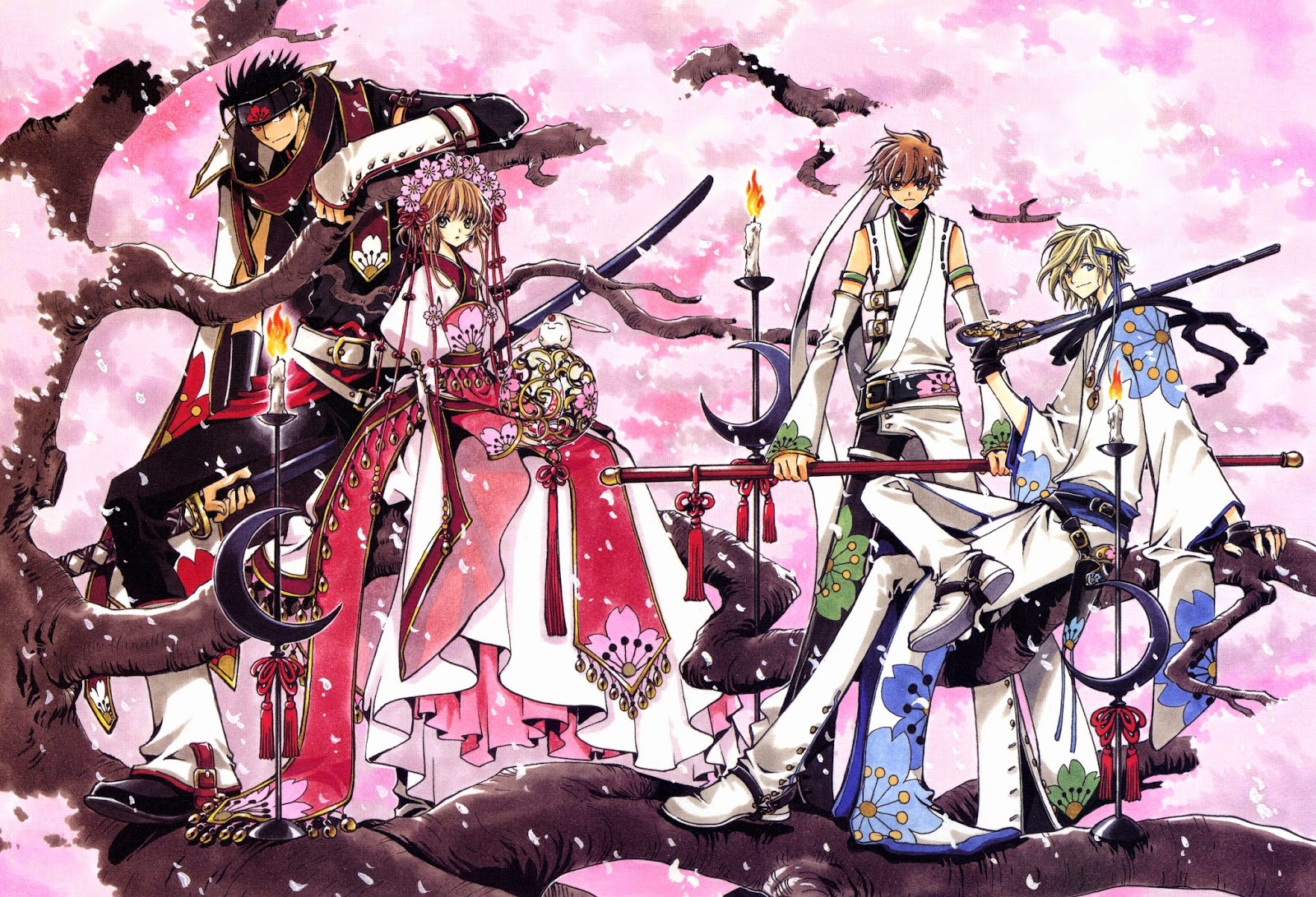 Because each traveler desires the same thing, traveling through different dimensions, Yuko tells them that they need to travel together.  However, she will only fulfill their desires if each of them give up the thing they treasure the most.

For Fai, the price is a large tattoo on his back that suppresses his magical power.  Kurogane gives up his family's kitana.  Lastly, Syaoran has to give up his relationship with Sakura.  Yuko tells him that even if he gathers all of the feathers, the memories Sakura has with him in them will be gone.

Despite knowing that she will never remember him and the love they had, Syaoran is determined to save Sakura's life, and so the travelers band together and travel through different worlds along with a cute creature named Mokona, who has the power to take them to different worlds.

Each of the main characters in this series are artfully developed, even the secondary characters.

Kurogane and Fai act as foils to each other, bring out each other's best and being a catalyst to change their own worst traits.  Their friendship is a highlight of the series and is so important for each of them to grow and advance forward.  Kurogane is harsh and prideful, but Fai softens him.  Fai hides so much, always trying to put on a happy demeanor, but Kurogane sees through it and continuously encourages him to be selfish every now and then.

Their interactions go from being teasing and playful to heavy and somber, but the moments of depth are never forced and never feel false.

Sakura doesn't start to get interesting until the middle of the series, but this is out of necessity.  For the first few volumes, she's in a coma.  When she finally wakes up, she doesn't have her soul, so she doesn't know who she is, so she wanders around lost until she gains some memories back.  For the first half of the series, she's just that kind, confused girl who is soft-hearted and feels like a burden.  However, there is a certain plot point where she changes drastically, becoming darker, secretive, and much more interesting.  Yet, even though the entire series revolves around her, she is not the most important character.

Syaoran is the character that shows the least change.  He is so singularly minded that those character traits that he starts out with just become stronger.  He becomes more loyal, more determined, more courageous.  And he acts as a great catalyst for change in all of the other characters.

Many of the other characters are presented well enough in this series but are illuminated even further in other CLAMP works, most notably xxxHolic.  However, it's not necessary to read that series in order to understand this one.

The world building in this series is interesting because they are constantly moving from world to world.  Each of the different countries are as well described as is possible in a single volume.  It's really the entire CLAMP universe that is so well painted.  While having read previous works gives the reader insider knowledge, it isn't difficult for a first time CLAMP reader to understand the universe created in this series.

The plot is paced well, with each world containing its own subplot while still advancing the overall story.  We're not forced to linger in any world for longer than necessary, but no adventure is rushed through either.
CLAMP art is always gorgeous, and this is no exception.  Sometimes their panels have a lot going on, and it takes a closer inspection to see all the details, but it's a pleasure to look at such beautiful drawing so closely. 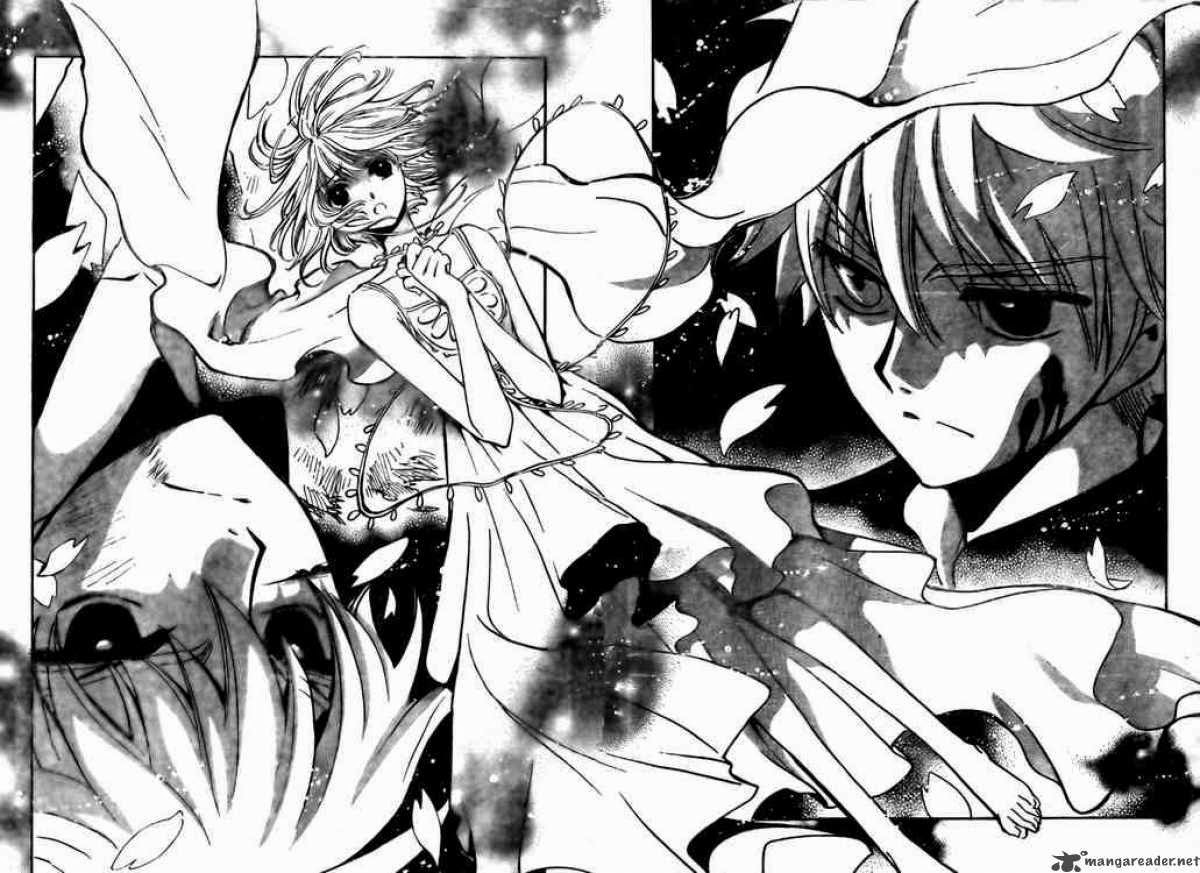 A common complaint about Tsubasa, though, is that it's overly complicated and confusing.  This is somewhat true.  There are several plot twists, character revelations, time jumps, and paradoxes.

This is not a manga that can be sped through.  It requires a reader's full attention and pauses in order to digest new information.  Most stories are described as mountains.  This is a puzzle, however, and every time you get a new piece, you have to figure out how it fits into the picture as a whole.

I had to read over certain volumes or segments several times in order to completely understand.  This manga is work!

However, for me, it was completely worth it.  It was creative, emotional, funny, heartbreaking, dark, beautiful, and so original.  If you are willing to put in the work, I would highly highly recommend this series.