Last year, I started becoming heavily interested in comics of all sorts, especially toward the end of the year.  Now I am making an intentional effort to add them to my personal library.


It's exceptionally difficult to find comics on Guam, especially if you want something other than Marvel or DC.  And though I am interested in reading about superheros, I also wanted to explore other comic genres.  Therefore, I placed a few orders toward the end of December through Midtown Comics and Barnes and Noble.

The first order I placed was through Midtown for the first nine single issues of a comic called Deadly Class.  This is put out by Image Comics, and it's written by Rick Remender (notable for his Marvel works) with art by Wesley Craig and Lee Loughridge. 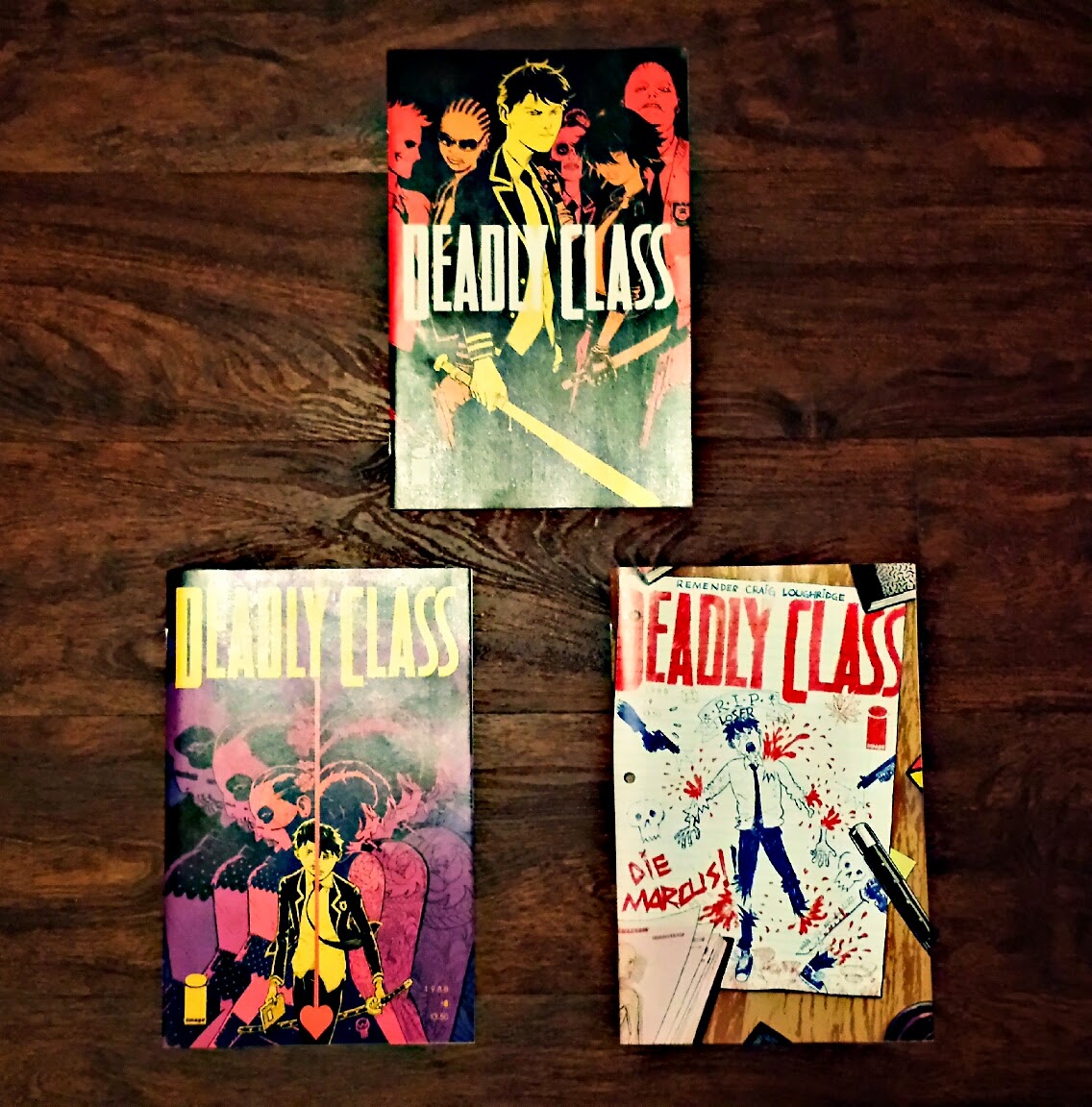 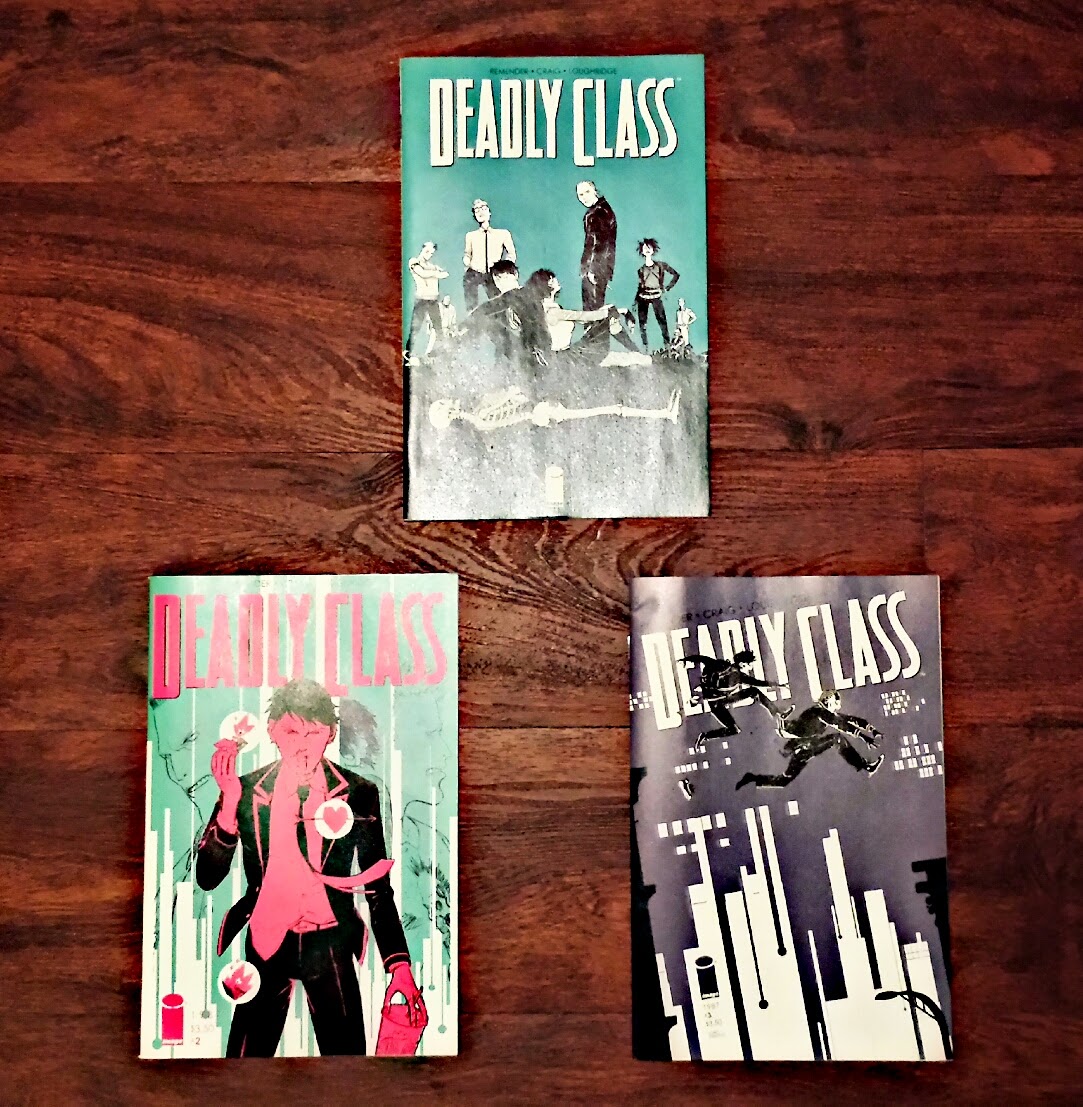 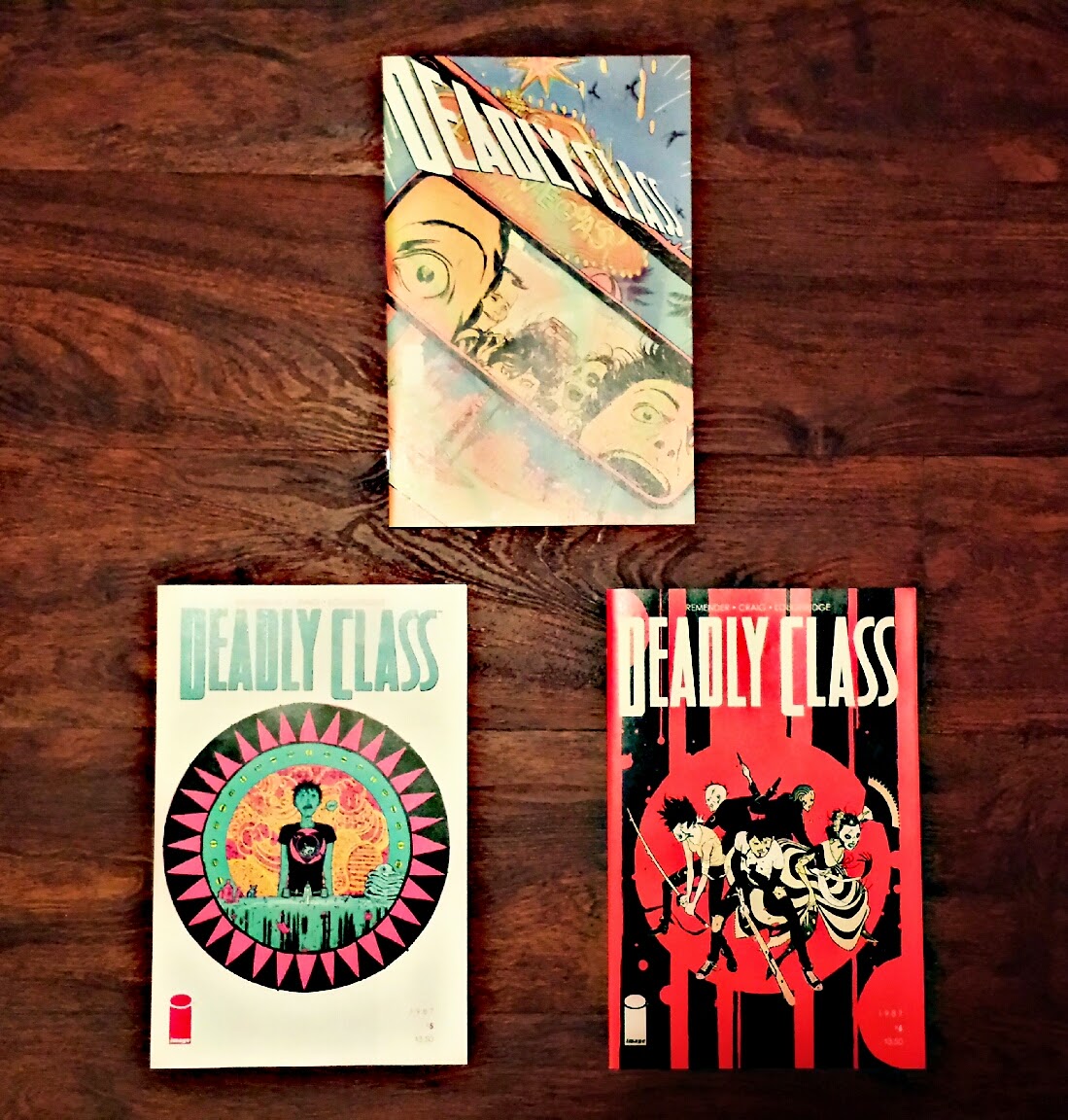 Deadly Class is about Marcus, a teenage vagrant with a violent past, who gets recruited to attend King's Dominion High School for the Deadly Arts, a high school for assassins.

My interest was originally peaked when Priscilla at The Readables featured the series.  The story seemed unlike what I usually read, and the covers were amazing, so I decided to check the series out.  Overall, I liked it.  It's not amazing.  I will definitely do a full review soon. 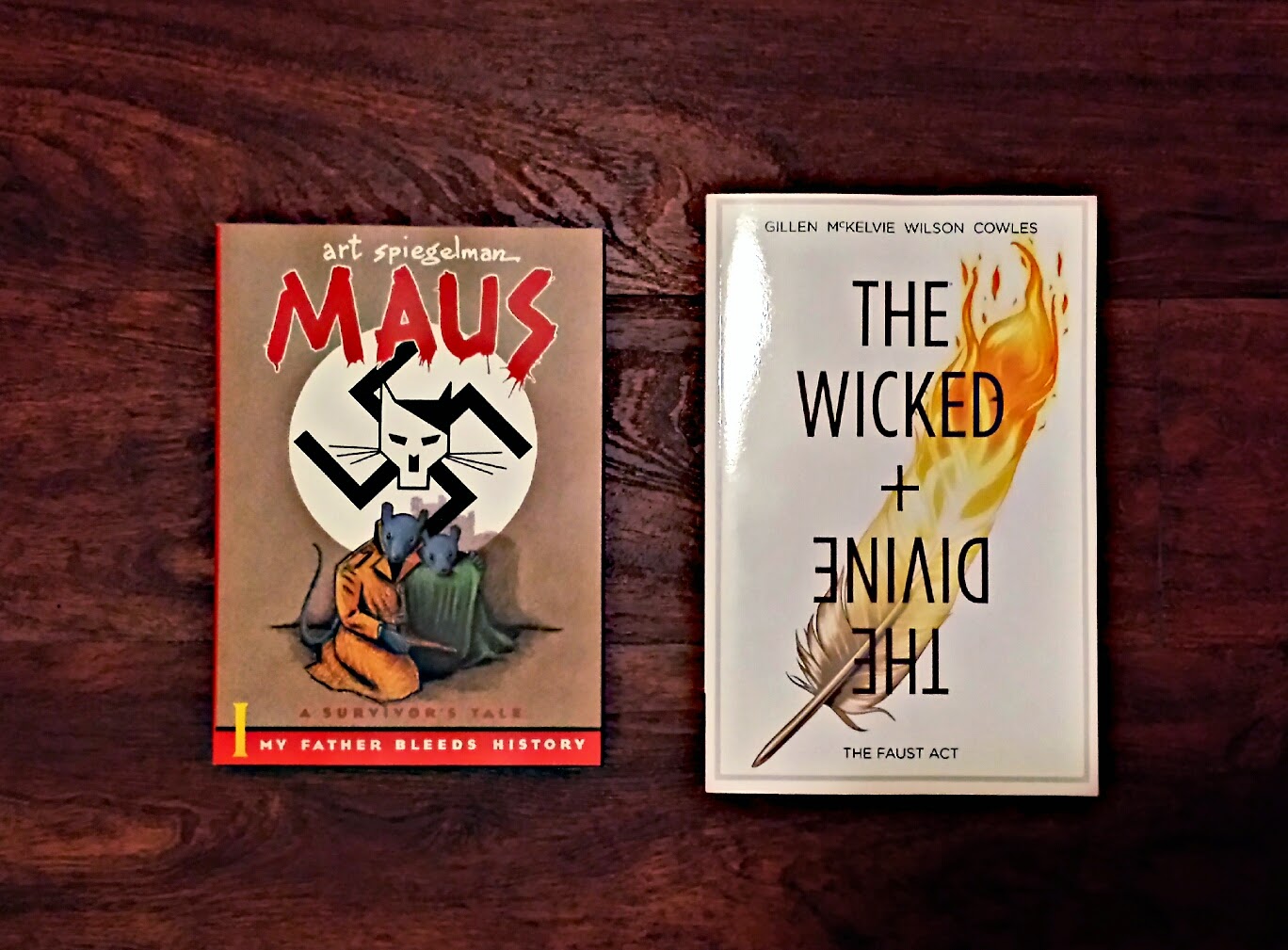 My mom got me a B&N gift card for my birthday, so I bought a trade of The Wicked + the Divine, Vol. I: The Faust Act and Maus, Vol. I: A Survivor's Tale: My Father Bleeds History.

The Wicked and the Divine is by Kieron Gillen with illustrations by Jamie McKelvie and colouring by Matt Wilson.  It's about twelve gods who are reincarnated every 90 years for people to love and adore.  However, after they realize they are gods, they only have two years to live.

There has been a lot of buzz about this comic lately, and I wanted it because the plot sounded really cool, and the art is absolutely gorgeous.  After reading it, however, the story is mediocre.  It had potential to be excellent, but the writer really flailed with fleshing it out.  The art, though, is so beautiful that I may buy volume two just because it's so pretty.  That's legitimate, right?

Finally, Maus is a graphic memoir by Art Spiegelman about his father's experience as a Jew living in Europe during the reign of Hitler.  I have yet to read this one, but I've only heard amazing things about it, so I'm sure that I'll be picking it up this month.


So, those are the comic books I hauled in January.  Do you have any recommendations for me to check out?  Please leave them in the comments below, and stay tuned for my January book haul.